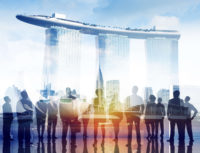 Earlier this month, on August 7, 2019, this treaty was signed in Singapore by 46 countries. The United States, China, India, South Korea, Switzerland, Australia and Singapore, among others, signed the treaty on day 1.

What is the purpose of the new mediation agreement?

The new mediation agreement is aimed at making cross-border business mediation agreements enforceable. Touted as the equivalent to mediation of the New York Arbitration Convention, this treaty is considered a crucial moment for promoting mediation as an effective method of dispute resolution in a business context. The new mediation treaty aims to establish an internationally ratified framework to give companies more confidence to mediate in cross-border business disputes instead of bringing them to court.

An international standard for recognition of mediation

In some countries such as the US and the UK, mediation is often used for business conflicts. But in many other states, mediation is not generally accepted. The convention will help mediation to achieve broader acceptance by “providing an international standard for recognition and enforcement. Te convention gives companies the assurance that they can mediate and rely on the validity and implementation of their agreement reached.

Mediation is often a faster and cheaper way to resolve disputes. Where in arbitration the decisions are imposed on arguing parties by an arbitrator, the parties involved voluntarily agree on the outcome in mediation. Mediation maintains business relationships because agreement is reached through consultation and consensus.

The Singapore Convention adds credibility to mediation. The promotion and education related to the introduction of the new Treaty will also give much more publicity to mediation. And hopefully encourage its use even more.

The concept of mediation is not new, certainly with regard to domestic disputes. Broadly speaking, mediation is a process whereby parties try to settle a dispute with the help of a neutral third person who acts as a mediator. The mediator has no authority whatsoever to impose a decision on the parties and only serves to help them reach a solution acceptable to both parties.

Scope of the new Conciliation Treaty

Like the New York Convention, the Singapore Convention is a relatively short document and, in fact, very similar to its counterparty in arbitration.

Article 1 describes the types of mediation to which the Singapore Convention applies. It is important to note that the scope of the new UN Convention is limited to international trade disputes (comparable to the New York Convention which only concerns the recognition and enforcement of foreign and non-national arbitration awards).

As a consequence, the following settlement agreements are excluded from the scope of this Treaty :

Article 2 (3) gives a broad definition of mediation as an attempt by the parties “to reach an amicable settlement of their dispute with the help of a third person, the mediator. He/she does not have the authority to resolve it to impose on the parties “. As long as the settlement falls under this definition, the Singapore Treaty applies whether or not the settlement process is called a “mediation”. Nor is it necessary for the mediation to be managed by a mediation institution or carried out by a recognized mediator. This provision is intentionally broad. The aim is to increase the attractiveness of the Singapore Treaty by not being overly normative. And thus retain the flexibility that is one of the attractive features of mediation.

What are the formalities?

There are various ways of demonstrating that the settlement agreement was the result of mediation. For example, a signature from the mediator or a statement from the mediation institution, such as Cepani.

When is the mediated settlement not valid?

The grounds for invalidity of a mediated settlement agreement are broadly similar to those in the New York Convention. For example:

Other reasons are more specific to the mediation context, including:

Others focus on the behavior of the mediator;

The final distinguishing feature of the new Conciliation Convention is the ability of countries to make a reservation that the Convention applies only to the extent that the parties have agreed to apply it.

Perhaps this will lead to the development of a standard practice whereby intermediaries will recommend an explicit opt-in to the Singapore Treaty.

And from here on ?

The new UN  Treaty enters into force six months after three countries have ratified it. This is highly likely, given that 46 countries have already signed on the first day. Like the New York Convention, the Singapore Convention requires implementation in national law.

The countries of the European Union have not yet signed. Europe still has to determine whether the signing of the treaty can be done at European level or at the level of the individual member states.

Awaiting this outcome, we hope that more and more companies will discover mediation as an effective and appropriate method for commercial dispute resolution.